Posted by Jennifer Gebbie on August 17, 2013 in FYI, Politics 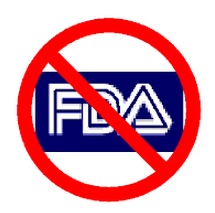 I'm offended by the recent guidlines the FDA came up with trying to protect "the health of Americans with celiac disease." If the FDA Commissioners, Margaret A. Hamburg, M.D and Michael R. Taylor really cared about us then they'd concede that gluten is found in many other grains other than wheat, rye, and barley. Maybe they are unwilling to acknowledge that corn, for example, is a form of gluten because it's heavily subsidized by the U.S. government. Let's not forget that the gluten free industry has now grown to be a $4.2 billion industry and most companies and politicians only have a vested interest in their pockets.

While it's great that Americans are becoming more aware of the terms "gluten free" and "celiac disease," doctors and the FDA need to broaden their scope of education and research. As a person who is gluten sensitive I get annoyed that I have to say "I have celiac disease" for someone to get that I can't eat gluten. But even then when they know I can't eat gluten, the only think of "wheat, rye and barley" because that's what the medical world and FDA taught them. While I'm not a victim of celiac disease, I am of victim of hypothyroidism, diabetes, IBS, and fibromyalgia and its cause is related to the same thing that causes celiac disease - gluten and all grains. Gluten free means you must be grain free and until this is acknowledged by the FDA and food manufactures, you can't trust their labeling. You can learn more on my article on What is Gluten?

If a celiac or gluten sensitive person continues to trust the FDA guidelines, then they will continue to stay sick. It now make sense why 85% of celiac patients don't heal on a traditional gluten free diet. While they feel better taking out traditional gluten- wheat, rye, and barley but they don't feel 100%. I fell into this category; I went on a traditional gluten free diet for 1 year and while I felt a lot better, I still had constant bloating, constipation, diarrhea. It wasn't until 2 months ago when I learned that all grains have a form of gluten that I changed my diet and started to feel better. One person you can on for true gluten free information is Dr. Osborne.

So let's be happy that the FDA is acknowledging that gluten causes many health problems to those with celiac disease, but don't be too excited because they still have a lot of work to do before we can feel safe shopping down the gluten free isle. 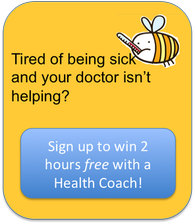